I was going to blog about something else this week, but the whole Jian Ghomeshi affair has had such an impact on the PR community this past week that anything I’d write about would pale in comparison. And just to get it out there up front, this post is about how PR professionals can only work with clients they can trust. I am not out to comment on the allegations, Ghomeshi himself, CBC or any other aspect of this situation. 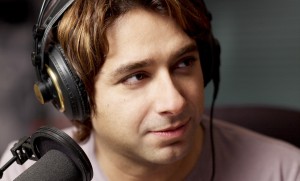 My view about the need to believe and trust those for whom we communicate seems to jive up with what most PR pros across Canada have been saying this week, ever since Ghomeshi was fired by the CBC because of allegations and public accusations of violence and sexual assault.

When the scandal first broke two weeks ago, Ghomeshi hired Navigator, a pricey crisis communications firm in Toronto to manage issues for him. Within a few days, though, media started reporting that they were being referred instead to rock-it promotions, a publicity firm that has handled Ghomeshi’s book publicity for a couple years. Then last Thursday, as more and more media reports of more women coming forward of stories about their encounters with Ghomeshi surfaced, both firms issued curt statements saying they no longer represented him. So to be clear, at first Ghomeshi had PR representation, then those representatives learned how he had lied to them, and they fired him. Or so says the Toronto Star, at least about Navigator.

“He lied to the firm,” said a source with knowledge of the situation.

According to the sources, until late Sunday night, Navigator was “buying (Ghomeshi’s) story” that it was a jilted ex-girlfriend who had manufactured lies that Ghomeshi was abusive. One source said the former CBC radio star had convinced the firm that there were no other allegations and there was nothing to be “concerned” about.

Then, as the Star reported between Monday and Thursday that at least eight women were making serious allegations of assault or sexual harassment against Ghomeshi, the firm decided at a series of meetings that it could not represent someone who, in their opinion, had lied.

Wow. But good for them. Lying to your PR firm is not going to get you good advice or representation. And in cases like this, it can get you fired by your PR firm.

But then yesterday, the Canadian Public Relations Society (CPRS) kinda stepped into the fray. They issued a statement about the Ghomeshi affair, saying:

As the Ghomeshi story unfolds, several news outlets and social media posts have recently portrayed public relations counsel as an interference that does disservice to the public interest. References to terms such as “PR exercise” and “spin” have been used, reinforcing a long outdated stereotype.

As the industry association representing public relations practitioners in Canada, the Canadian Public Relations Society adheres to the premise that everyone deserves public relations and communications counsel. (emphasis mine)

Regardless of the client, we aim to help them find a voice, gain visibility, build trust, strengthen relationships, and safeguard their reputation. Crucially, we pursue these goals with the firm belief that PR must always benefit and protect the public interest.

Um, really? I’m a member of CPRS, and I completely disagree with that statement. PR is not the legal system, and while in a legal court, every defendant is entitled to a vigorous defence, the same does not apply to the court of public opinion. Practicing ethical PR means we have to work with clients we can trust. I believe we have a right to choose for whom we communicate, and if a client can’t be trusted or has undertaken actions we cannot support, we have every right to deny them our public relations and communications counsel. I’ve seen and heard a bunch of discussions since this statement came out with senior PR folk (me included!) strongly disagreeing with the CPRS statement.

I applaud Navigator and rock-it promotions for having the cahones to sever relations with a client they could no longer believe or trust.

And as an aside, kudos to the PR pros who are helping some of the other players in this situation. I was impressed with this:

I hope they can trust her and tell her the truth and visa versa, because that’s the only way to get reliable, competent public relations and communications counsel.